yoUDay – the power of community

Twenty thousand people launched the new academic year of the University of Debrecen on Wednesday in Nagyerdei Stadium. Students and employees of the university, the alumni community and other interested local guests kicked off the new semester at yoUDay with a flashmob, concerts and a laser show.

Just like a year ago, at the first yoUDay, the community of the University of Debrecen once again filled Nagyerdei Stadium to its full capacity, as twenty thousand visitors attended the show on 27 September. To maintain traditions, the 15 “gerundiums,” symbolising the 15 faculties of the university, were brought in, and the national flags of the more than one hundred countries from which the university’s international students came were also paraded. 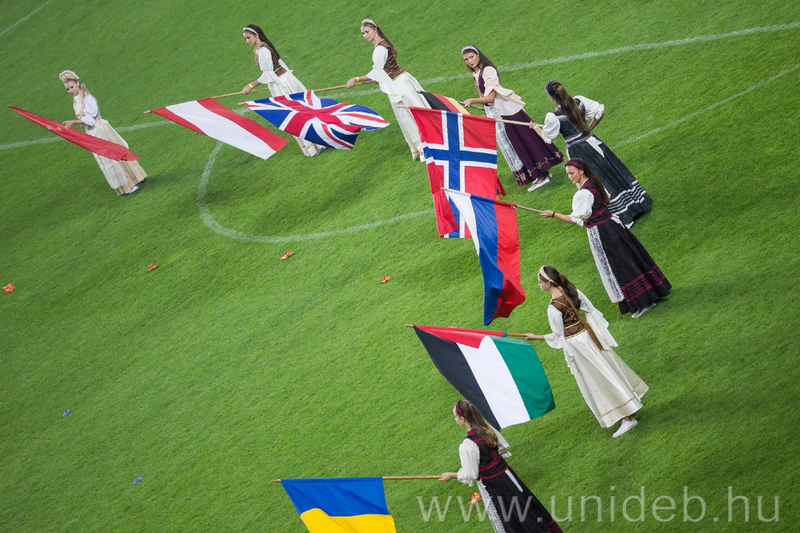 Welcoming the visitors, short speeches were given by Zoltán Szilvássy, rector, Lajos Kósa, member of the Hungarian Parliament, Diána Széles, vice mayor, István Bognár, president of the student government, and Zoltán Bács, chancellor of the university. The latter announced that the revenue from the sale of tickets, approximately four million Hungarian forints, will be donated to the Department of Paediatric Medicine and to the public schools of the university.

The large-format show featured more than a thousand participants, including a big band of more than two hundred musicians specifically formed for the occasion, along with the band Abrakazabra, as well as singers Csaba Vastag and Gábor “Biga” Heinz. Lead by Hungarian stars Attila Nyerges and Ildikó Keresztes, the twenty thousand participants sang the song of togetherness titled “Nélküled”. 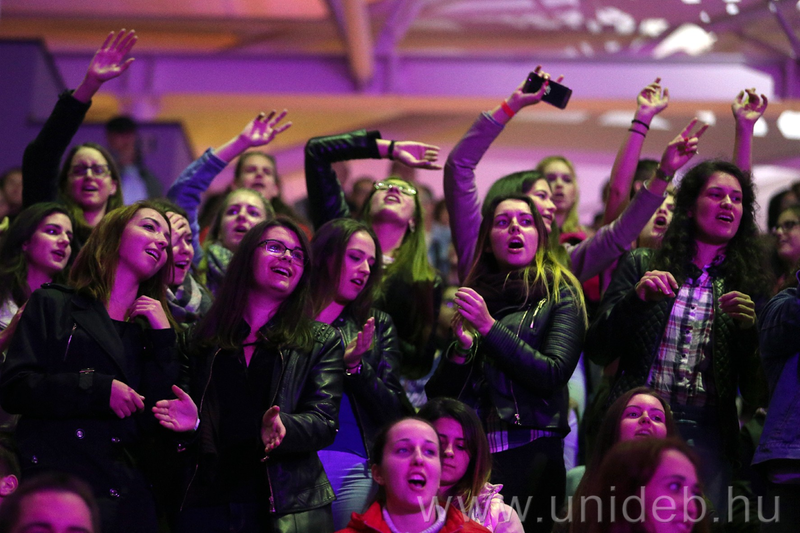 Two thousand first-year students prepared for yoUDay with a spectacular flashmob, and Duben K. Osita, the Nigerian singer of recently acquired nationwide fame (and a student of programming in Debrecen), best known for his song “Búzadara”, also appeared on the stage. The fight song of the sports team DEAC was played, and hundreds of young participants engaged in zumba in the arena.

There were human formations by the guests sitting on the bleachers, and even a friendly competition led by the two presenters, members of the band Animal Cannibals. In addition, artists from the Grand Circus of Budapest also performed in the two-hour show, as did students of the practising schools of the university and various artistic groups in Debrecen with hundreds of dancers. 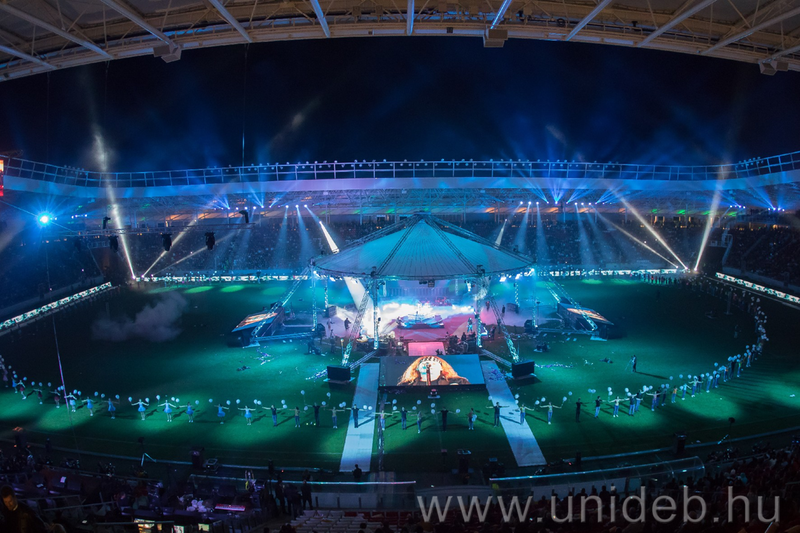 The bands “Halott Pénz” and “Tankcsapda” accepted the invitation of the university, both giving their first ever performances in Nagyerdei Stadium. The spectators sang the popular hit “Valami van a levegőben” together with Dávid Marsalkó, while Laci Lukács and his band gave a memorable concert, complete with a group of bikers and a revolving stage. After their concerts, just like last year’s stadium event of the University of Debrecen, yoUDay 2017, kicking off the new academic year, also ended with a gigantic laser show.