Home Academics Conference on the future of the automotive industry

Conference on the future of the automotive industry

The University of Debrecen cooperates with its industrial partners on the basis of the harmonisation of research activities, while it also maintains a close relationship with the municipality in the implementation of the concepts of industrial development.

It was this specific structure that Zoltán Szilvássy, rector, highlighted in his welcoming address given at the automotive forum held in the framework of the Debrecen Drive event.

Participants of the forum titled “The future of the automotive industry and the Hungarian economy” were looking for the answers to the current challenges of the sector, and also discussed the latest directions of research, digitalisation, other innovative technological solutions, as well as research and development concepts. László Papp, mayor, talked about the new dimensions of the relationship between the automotive industry and Debrecen, as he recalled the announcement of BMW last summer to build its new European factory in Debrecen. 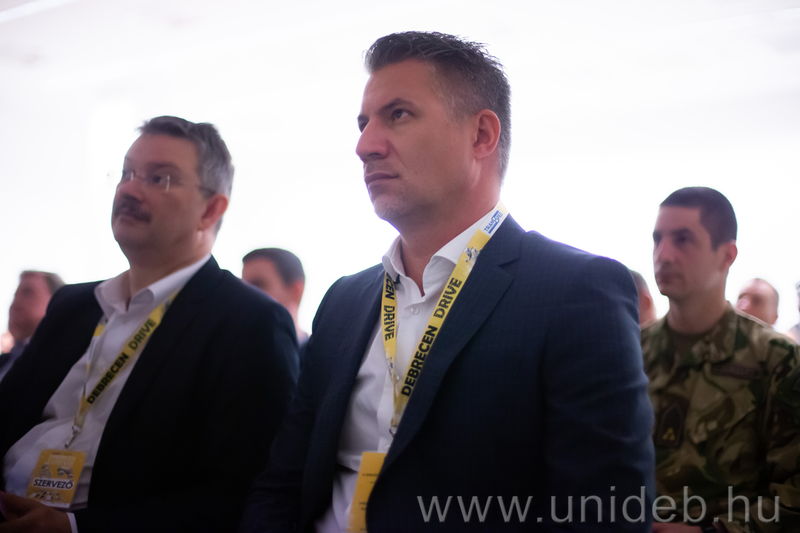 “This announcement identified a new course of development for Debrecen in the fields of economy, research, education and urban development as well. In recent years, more than 6 thousand new jobs were created, while the value of new investments exceeded 2 billion Hungarian forints, which is an outstanding achievement. It shows the important economic role of Debrecen both within the country and internationally. Currently, there are industrial park developments on 700 hectares, including the 500 in the North-western Economic Zone, which is where the new BMW plant will also be located,” the mayor said in his welcoming address. 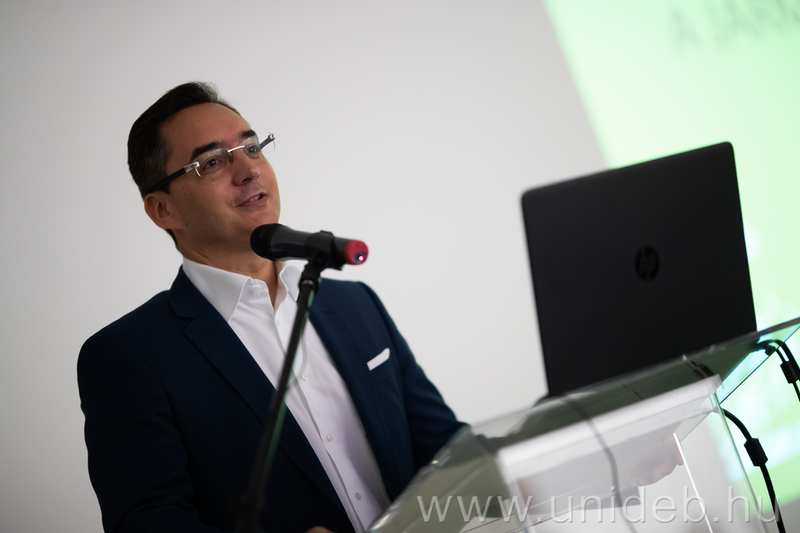 Zoltán Szilvássy, the rector of the University of Debrecen, emphasised the unique features of the automotive industry’s settling in Debrecen.

“International corporations bring investments in various sectors, including the automotive industry, in particular, by building on a range of Hungarian suppliers Another special feature is that in Hungary’s second largest city, they also find one of the country’s largest universities. It is not by accident that on topics concerning the development of the industry, the city and the university, the mayor and the leadership of the University of Debrecen issue joint statements, often also in conjunction with industrial partners. It is the ars poetica of the university that we cooperate with industry players on the basis of the harmonisation of research activities, while we also maintain a close relationship with the municipality and with companies in the area of urban and industrial development. This type of cooperation is still a pioneering effort in Hungary,” Zoltán Szilvássy emphasised. 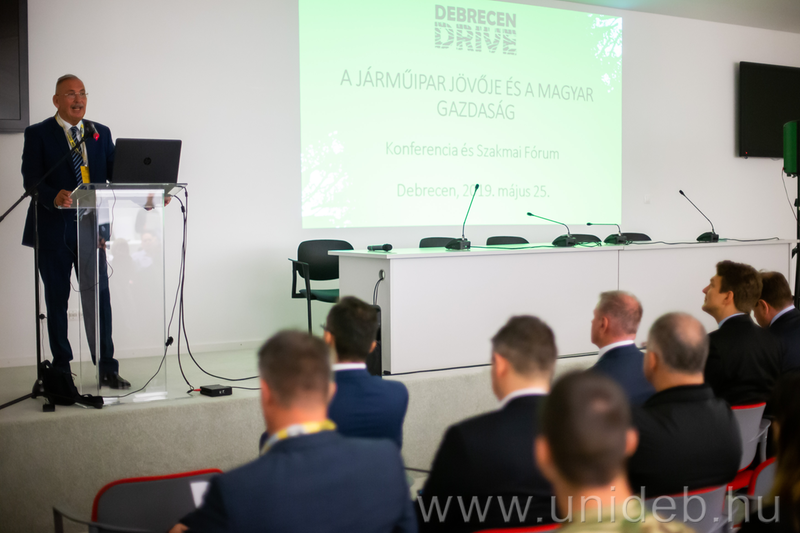 The participants of the conference were also welcomed by Lajos Kósa, member of Parliament. Tibor Benkő, minister of defence, gave a lecture titled “The future of the development of the defence forces – Answers to contemporary challenges,” followed by László György, minister of state for economic strategy and regulation talking about the government’s action plan related to the automotive industry. Further topics at the forum also included the future of networked transport, the vocational training strategy of a knowledge-based society, as well as the future of electronic payments. 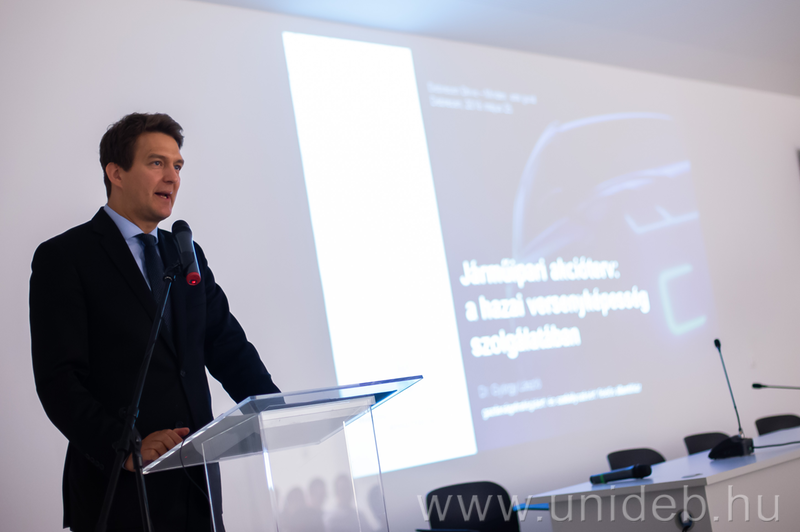 The University of Debrecen joined with a range of professional and academic programmes to the muster of the automotive industry organized by Debreceni Campus Nonprofit Közhasznú Kft. for the first time this year. At the opening of the event, Zoltán Bács, chancellor of the university emphasised that the automotive industry is increasingly taking over the place of agriculture as the integrator sector in the region. These companies function not merely as assembly operations, but rather as sources of innovation, generating developments. The University of Debrecen is making a lot of effort in its preparations for the arrival of the new industrial companies, and also participated in the drafting of the proposal by the government from which a major development is expected in secondary and higher education in Debrecen.

The two-day Debrecen Drive was a huge success: the 500 vehicles of transportation on display, the opportunities to meet celebrities, the exhibitions and shows of the Hungarian Defence Forces, the National Ambulance Service, the Police Department, the Fire Department, the Hungarian Tax and Customs Administration, the sanitation company AKSD and the local transit company DKV, as well as the stunt shows attracted over 25 thousand visitors. With a view to this year’s success, Debreceni Campus Nonprofit Közhasznú Kft. already selected the date of next year’s Debrecen Drive: in 2020, the country’s most dynamic muster of the automotive industry will be held on 30 and 31 May.