Light-emitting polymers have been discovered

The special fluoresent compounds developed by the researchers of the Department of Applied Chemistry of the faculty of Science and technology, University of Debrecen, can also be used in cancer diagnostics, cell biology, and analytics.

Polymer chemistry has a decade-long tradition at the Department of Applied Chemistry of the Faculty of Science and Technology. In addition to shape memory polymers, the researchers also investigate light-emitting polymers, another group of intelligent materials that produce a regulated response to some environmental impact. The researchers discovered the special aromatic amino –isocyanide (ICAN) compunds while investigating blue light- emitting polymers. 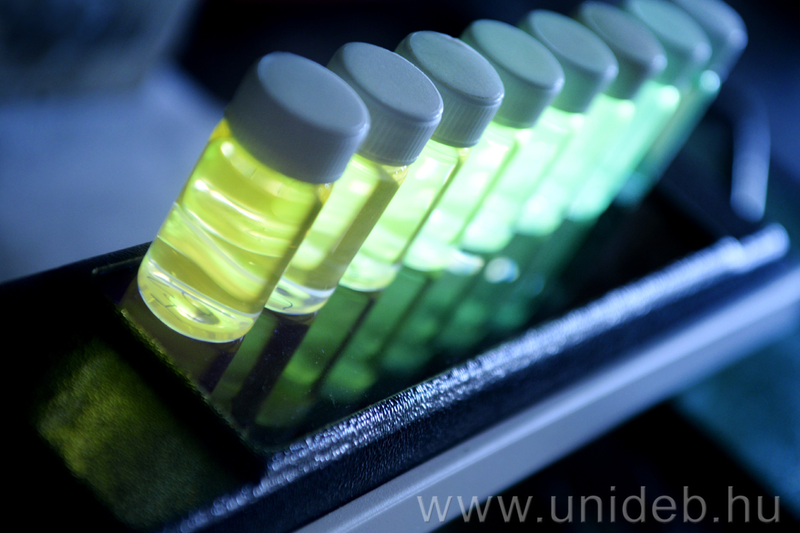 First they only investigated the photochemical properties of the basic compound. A characteristic feature of solvatochromic dyes is the wave length and intensity, i.e., colour, released by them, depends on the polarity of the molecule’s environment and other special interactions and can thus be excellently used to map and simultaneously dye and identify different simple and compound chemical as well as biological environments. Furthermore, like modular systems, the molecule developed by the Debrecen researchers has the additional special feature of covering a rather broad spectrum of fields of application after a small modifocation.

- There are very few solvatochromic materials that can be used in living cells. too. The one that we have developed is like that as a results of which it can be used not only in analytics but also for health purposes such as cell staining and cancer diagnostics, explaines Sándor Kéki, head of the Department of Applied Chemistry of the Faculty of Science and Technology. 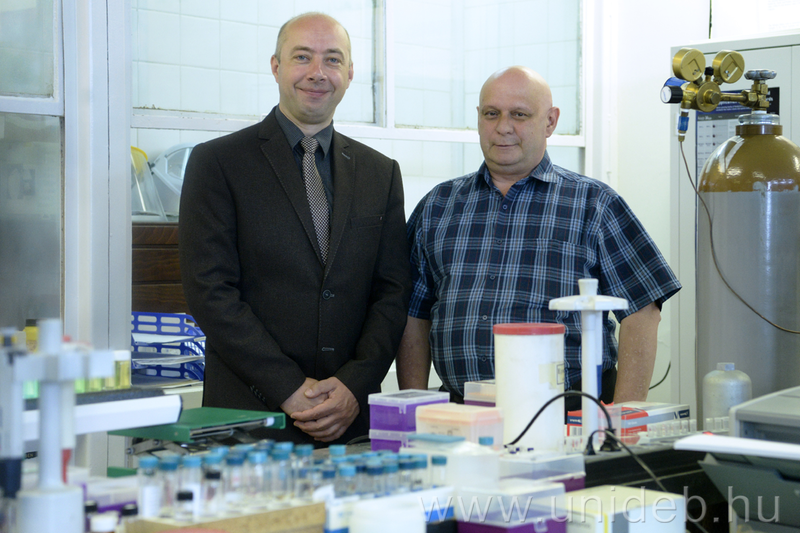 - During the analyses, we found that the solvatochromic nature of ICAN makes it possible to use its diverse functions in analytics. Furthermore, due to its isonitrile group, the new family of compounds is simultaneously suitable for the detection of silver and mercury, a feature unprecedented in fluoresent compounds. In later studies it was also found that,with some fine-tuning, the molecule can also work as intracellular pH sensor, too, stressed Miklós Nagy, head of research, associate professor of the Department of Applied Chemistry. 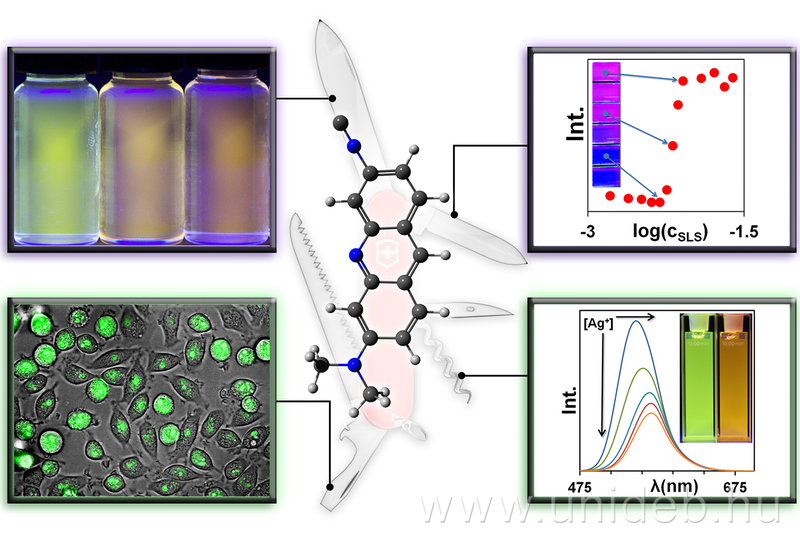 Several publications have appeared in connection with the research: one on the detection of silver, in Sensors and Actuators B, the leading journal of materials science and analytics, one on the detection of mercury, in another leading journal, Talanta, while in the field of pH sensor and cell staining, an article appeared in Scientific Reports, of the renowned journal family Nature.

The project was supported by the NKFI-1164645 and GINOP-2. 3.2-15-2016-00041 tenders, the New National Excellence Pogrammme code number ÚNKP-18-4 (Bolyai+) of the Ministry of Human Resources. The researchers were supported by the János Bolyai Research fellowship of the Hungarian Academy of Sciences.