Ambassador’s Visit at the University

Yacov Hadas-Handelsman, Ambassador of Israel to Hungary, was received by Vice-Rector for Academic Affairs Elek Bartha on the occasion of the former’s first visit to Debrecen, and they discussed potential cooperation possibilities in the fields of the economy and education.

Israel’s Ambassador to Hungary also paid a visit to the University of Debrecen during his first visit to a location outside Budapest. Yacov Hadas-Handelsman said that, as a diplomat, he considered it very important to get to know other cities and places in his current host country in addition to the capital city. 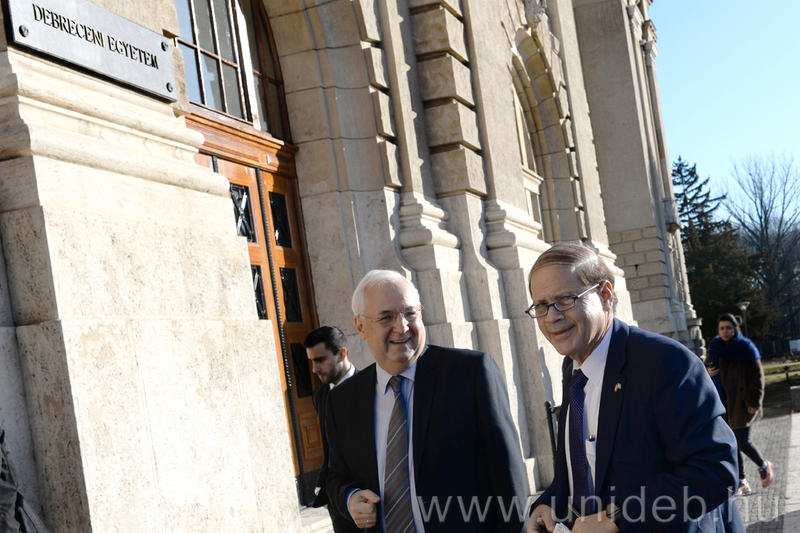 “At the University of Debrecen, there are 160 students enrolled from Israel, the majority of which participate in programs offered by the Faculty of Medicine. Besides, Debrecen is a dynamically developing, economically stable and significant city, where there is also a plant operated by a notable Israeli company called TEVA Pharmaceutical Industries Ltd. Furthermore, Debrecen represents a sizable development potential as an academic and economic center, and the students graduating from the university can choose from a number of great job opportunities in this city and region,” said Yacov Hadas-Handelsman. 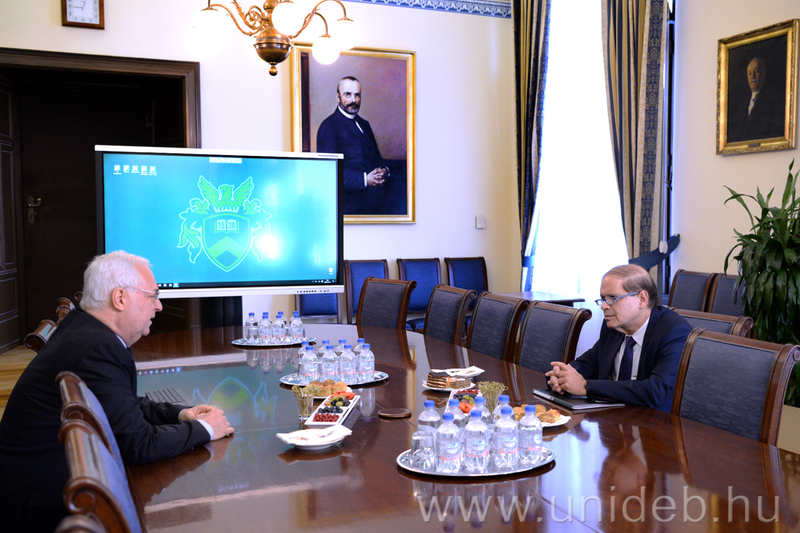 The ambassador also noted that, because the number of medical students in Israel is rather small, a lot of excellent students go for the opportunity of studying abroad. As the Faculty of Medicine at the University of Debrecen has a good reputation and the courses offered here are available in English, too, in addition to which there is also a regular direct flight between  Debrecen and Tel Aviv, these factors exert a positive influence not only on higher education but also on projects of economic cooperation. 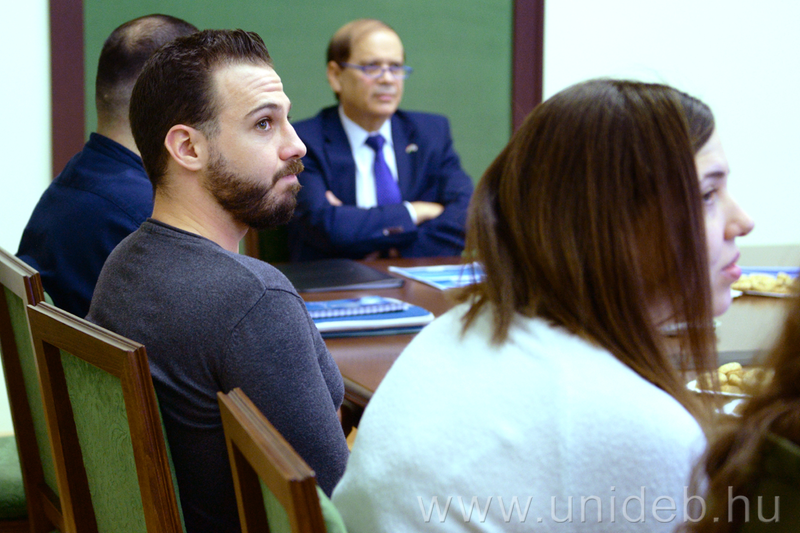 Elek Bartha, Vice-Rector for Academic Affairs at the University of Debrecen informed hirek.unideb.hu concerning the meeting that, due to the multi-disciplinary character of this institution of higher education, there are numerousf possible channels of collaboration. Following the negotiations, there will be further chances for the University of Debrecen to work together with a range of other institutions of higher education and research as well as companies in Israel.