The renewed University and National Library of UD has been officially opened. Owing to the HUF 400 million invested in the project, now the library awaits visitors with state-of-the-art infrastructure.

The funds spent on the modernisation of the Life Sciences Building and Library and the University and National Library in the Main Building were HUF 59.4million and HUF 170.7 million, respectively.

In the framework of the EFOP-4.2.1-16-2017-00015 project “Development of the higher education infrastructure of the University of Debrecen with a view to improving theoretical and practical education”, the life sciences library has been enriched with new IT equipment and visual aids to the amount of HUF 61 million. Using its own resources, UD partially financed construction works and took care of the purchase of new furniture to the amount of HUF 81.7 million. The university also financed the purchase and installation of a new Radio Frequency Identification (RFID) system, which is suitable for identification and data transmission (HUF 16.7 million). The opening ceremony was followed by an assembly in the Aula of the Main Building. 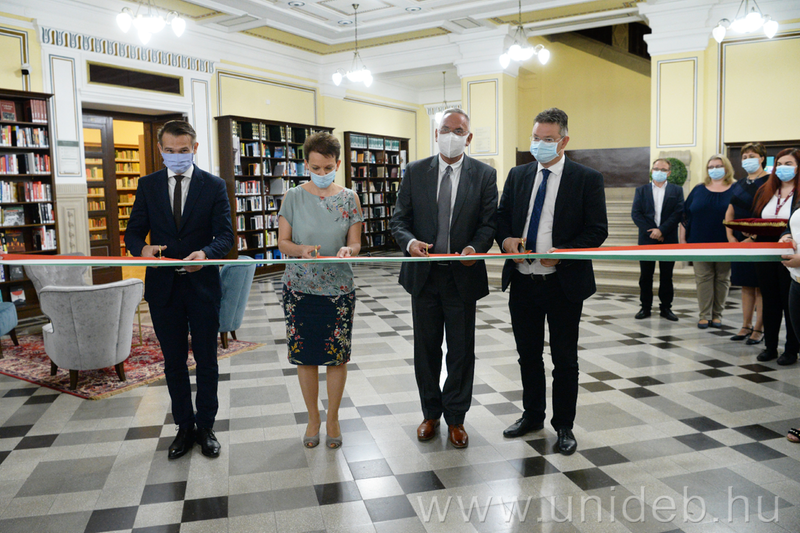 - The library houses various spaces for quiet learning, group work, events, trainings and workshops, with an IT background that is perfectly suitable for supporting research work – said Zoltán Szilvássy in his ceremonial speech. 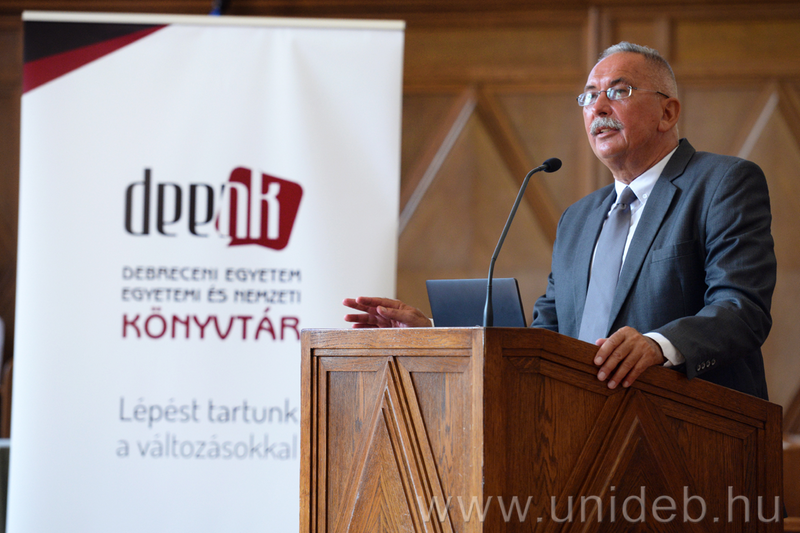 The rector highlighted that everybody should be proud of the renewed library, which is the second biggest one in the country, and represents a major step forward for all university citizens of UD.

– As a facility serving a higher education institution, the University and National Library is the first in Hungary, which makes about 6.5 million volumes accessible to 17,000 registered members. Combining tradition and innovation, this recent investment has created a 21st century environment, which will contribute to the development of UD – said Tibor Gulyás, vice secretary for innovation. 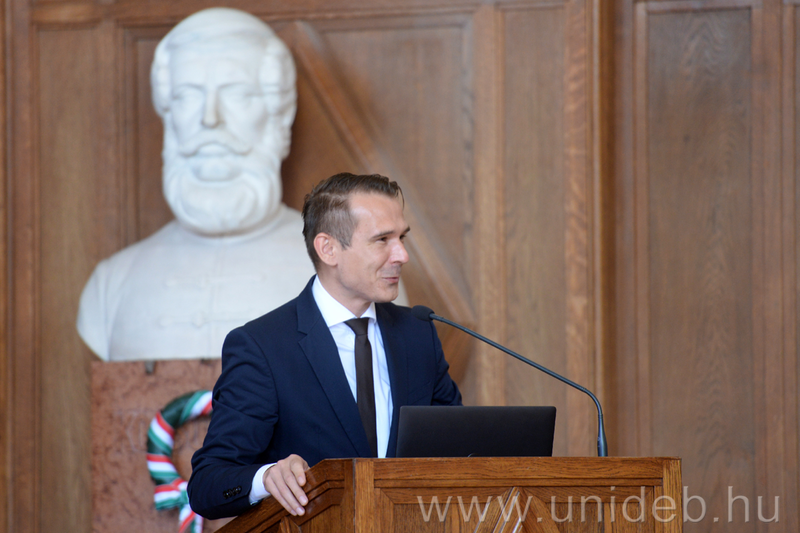 – Besides infrastructural changes, the work processes in the library have also been modernised. This project was supported with HUF 300 million by the state and HUF 100 million by the university – explained Zoltán Bács.

Following his short speech, the chancellor handed over the symbolic key of the library to director Györgyi Karácsony. 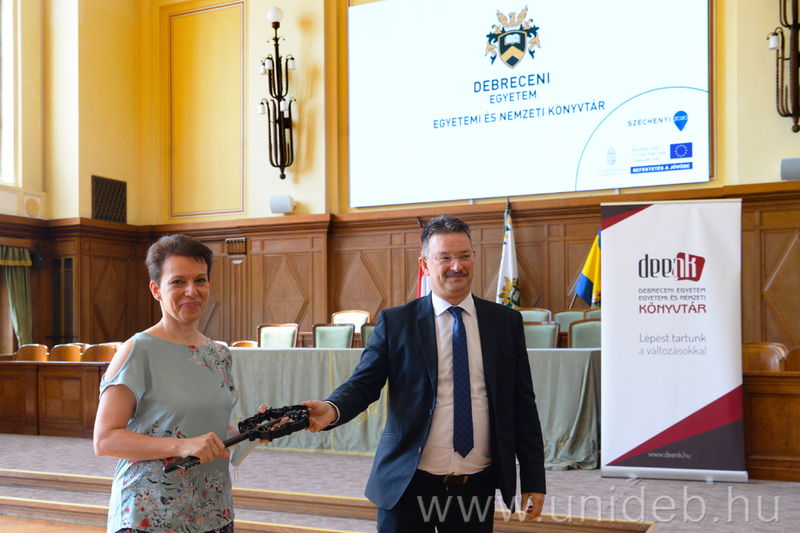 – We are considering new developments, but with our traditions in mind. Our primary objective is to facilitate reading, as  well as learning and thinking for our visitors. With the renewed library spaces and the new equipment, the library has taken a huge step towards the creation of the library of the future – said the director in his virtual introduction. 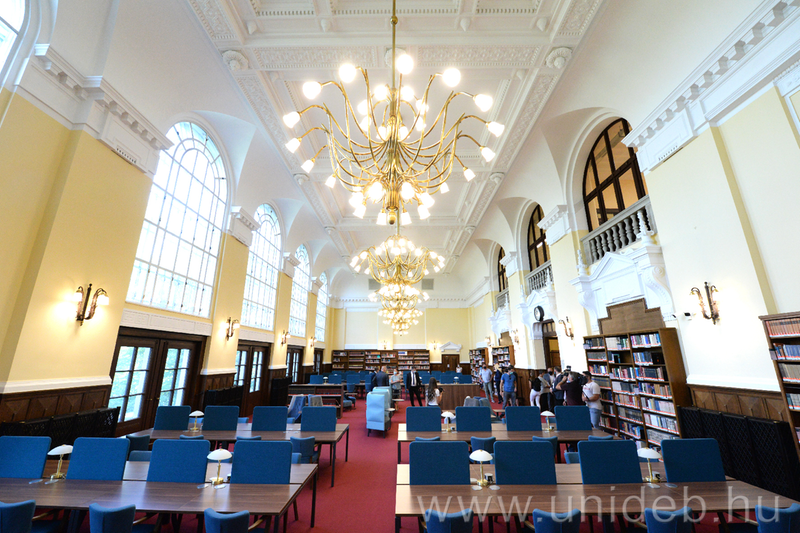 At the end of the programme, participants had a chance to see the results of the HUF 400 million investment in the framework of a guided tour.