Jubilee of a "Long-Distance Relationship"

The 70th anniversary of the establishment of diplomatic relations between Hungary and Vietnam was commemorated by a conference held at the University of Debrecen, on 31 October. Nguyen Tien Thuc, Vietnamese ambassador to Hungary, also attended the event.

The conference was organised jointly by the Hungarian-Vietnamese Friendship Association, the University of Debrecen, and Kossuth University's Alumni Association. 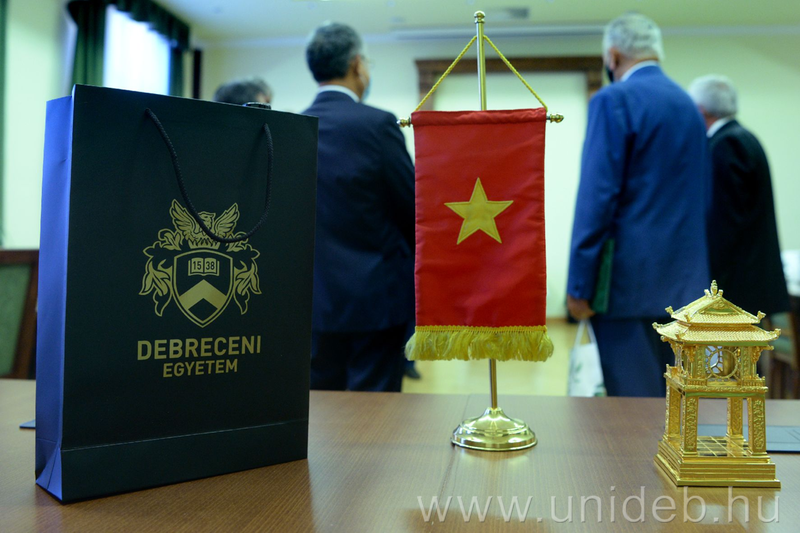 - The relationship between Debrecen with its university and Vietnam has a long history, with students coming to study in the town from this far-away country for decades. Professional and personal relations have been formed, friends have been made. Currently, owing to a state scholarship scheme, over 200 Vietnamese students go to UD - explained Elek Bartha in his welcome speech.

The Vice-Rector for Educational Affairs of the university highlighted that most of the Vietnamese students study at the Faculty of Medicine, but they are also represented in various areas, including natural sciences, agriculture, IT, and economics and business.

- The ties between the two countries are getting stronger. Cooperation in the fields of science and education has played a vital role in this process - said Elek Bartha. 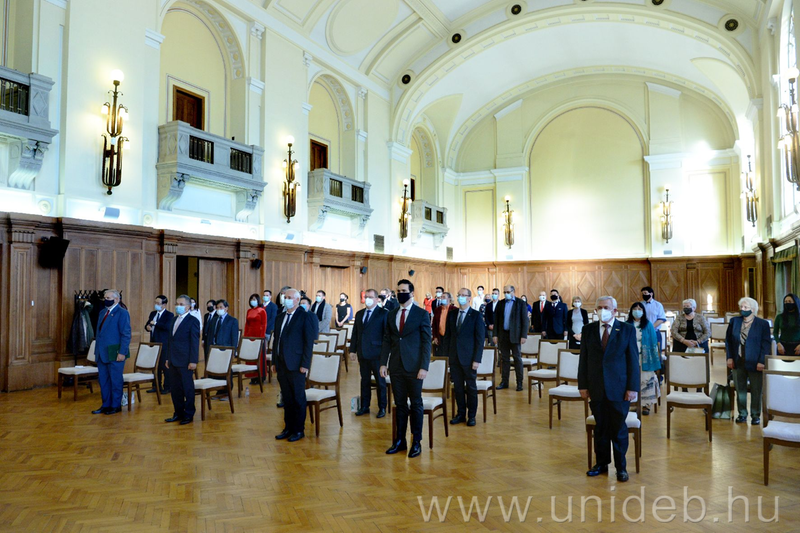 - We watched with empathy the rise of this country, which also had its fair share of pain, and its fight to defend its freedom. Our relationship was improving in the areas of economic policy, culture and education as well. Thousands of young Vietnamese people started to come to study at Hungarian high schools and universities as early as in the 60's. As a result, today Vietnam is the country with the highest number of non-Hungarian people who speak excellent Hungarian. They are volunteer ambassadors of Hungary who, when needed, rely on their positions and contact networks to support the interests of Hungary - said László Botz, retired Brigadier General and president of the Hungarian-Vietnamese Friendship Association, in his ceremonial speech. 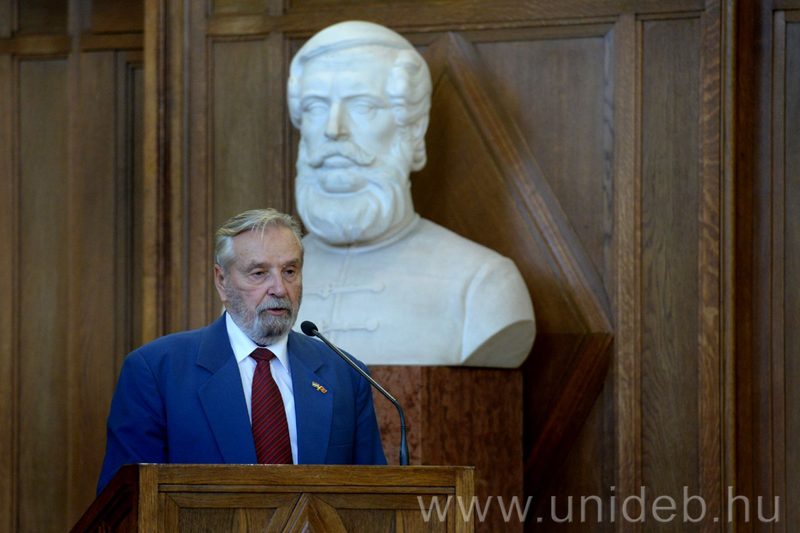 Nguyen Tien Thuc, Vietnamese ambassador to Hungary expressed his gratitude to Hungary for being one of the first to recognise the Republic of Vietnam in 1950, a gesture that made Hungary part of the history of the South-Eastern region of Asia. In his speech, he recognised the strong diplomatic ties between the two countries, also demonstrated by the recent visit of PM Viktor Orbán and Minister of Foreign Affairs and Trade Péter Szijjártó in Vietnam. 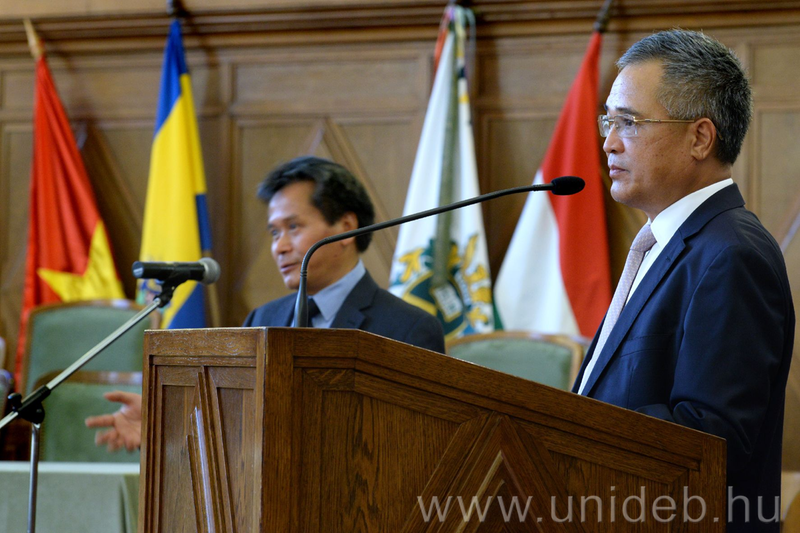 - Our education centre puts emphasis on education and the friendship between our nations as well, but it is of utmost importance to focus on economy and business. Recently, high-profile visits have taken place in both countries. As a result, two companies associated with Debrecen have made major investments in Vietnam, and Vietnamese investors also have a range of opportunities to build contact networks in Hungary - pointed out Lajos Barcsa, Deputy Mayor of Debrecen. 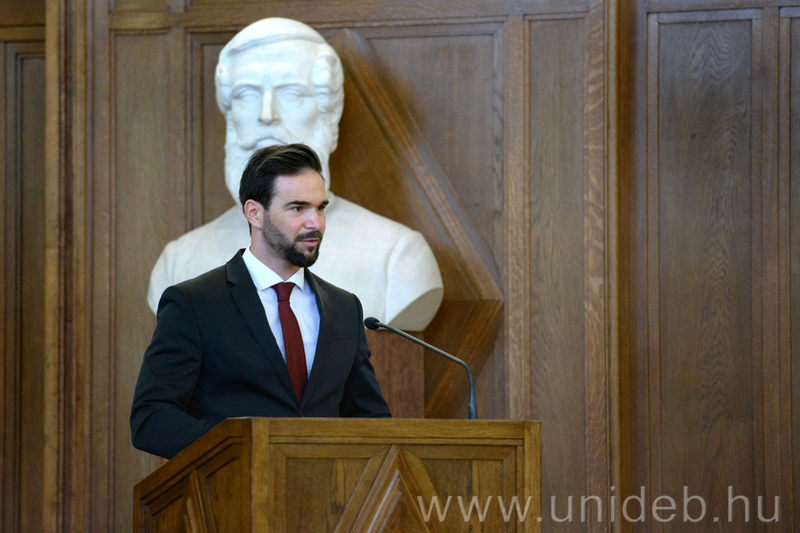 In the framework of the event a movie entitled "Dunának, Mekongnak egy a hangja" (One Voice have the Danube and the Mekong) was displayed. The film was shot in Vietnam and Hungary between 2015 and 2017, and is about the close ties between and friendship of the two nations. 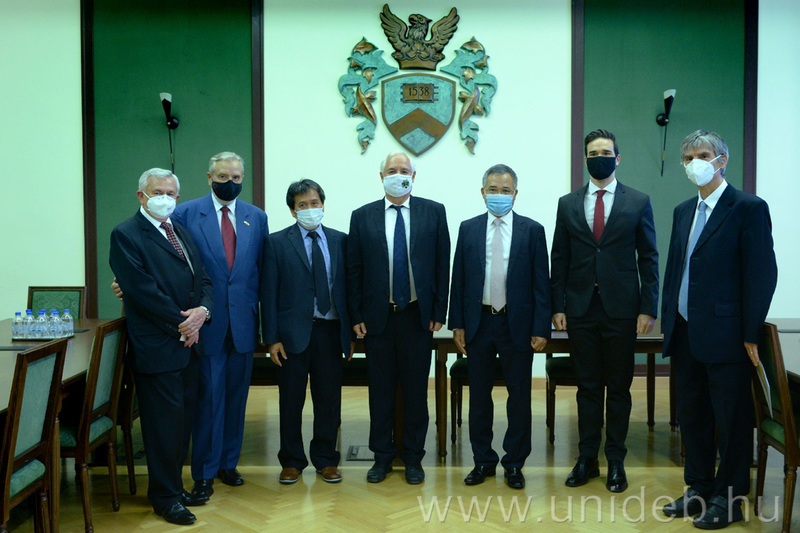 The ceremony concluded with an exhibition installed at the ambulatory on the third floor of the Main Building, which was followed by an informal get-together.