An exhibition of works by 39 artists from the Tianjin Academy of Fine Arts was opened on February 12 in Debrecen, in the shop window at Piac Street, as part of the Chinese Spring Festival. The exhibition was organized by the UD’s Confucius Institute, Tianjin Foreign Studies University and the city.

The Chinese New Year traditionally begins with the Lunar New Year, also known as the Spring Festival, the most important national and intangible cultural heritage with a long history. The festival begins on the first day of the lunar month and lasts until its fifteenth day , the day of the so-called Lantern Festival. Thus, it is no coincidence that the scenery of the showcase exhibition depicts the latter. 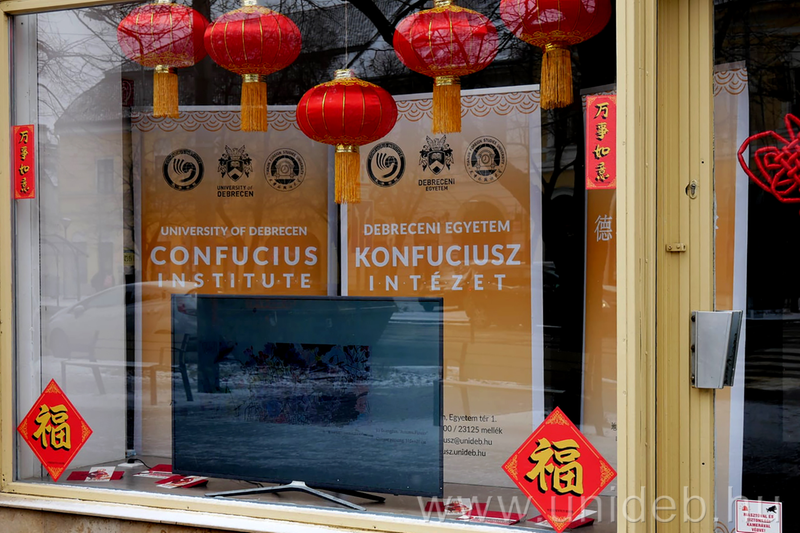 The Confucius Institute of the Faculty of Arts of the University of Debrecen was established not only to teach Chinese, but also to allow those interested to familiarize themselves with Chinese culture. One of the means of this is the exhibition organized in a special environment, which now, with the help of special works of art, gives  university citizens as well as the general public the opportunity to get to know a small segment of a distant culture, said Róbert Keményfi , Dean of the Faculty of Arts. 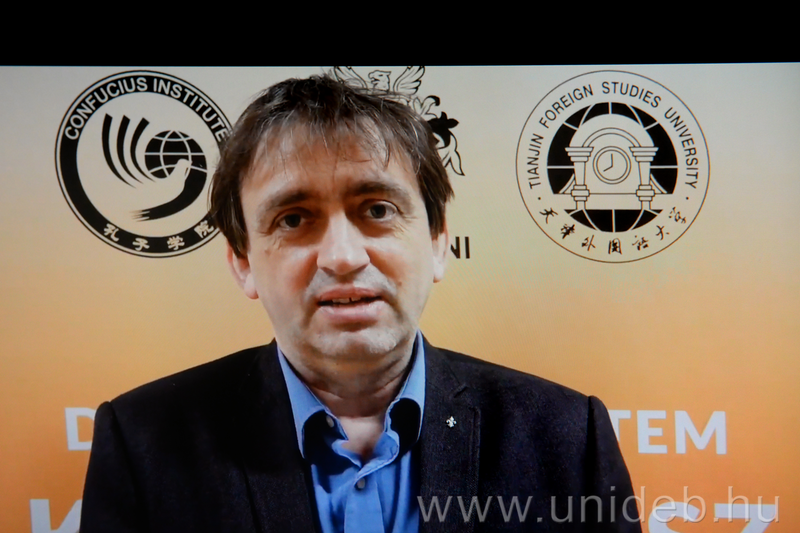 The Tianjin Academy of Fine Arts is one of China’s nine prestigious art schools, an important arts, education and research center in the northern region. The virtual exhibition, which presents the works of 39 artists, promotes artistic and cultural dialogue between the two countries, as well as friendly cooperation between the cities of Tianjin and Debrecen. 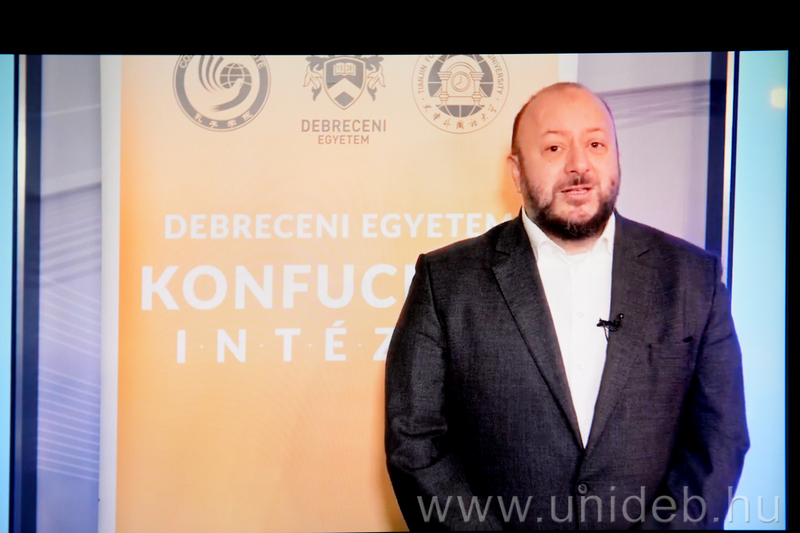 - We have reached a new chapter in the cooperation that started last year, which has enabled important elements of Chinese culture to appear in Debrecen now. China’s presence in our city is growing stronger, not only in the economy, but also in education and culture. Culture is a great tool for mediating between two nations and promoting better mutual understanding, said István Puskás, Deputy Mayor of Debrecen for Culture.

The opening ceremony was continued by Paul Csontos, the Hungarian director of the Confucius Institute at BTK, emphasizing in his speech that the Lunar New Year is commemorated by Chinese communities around the world. 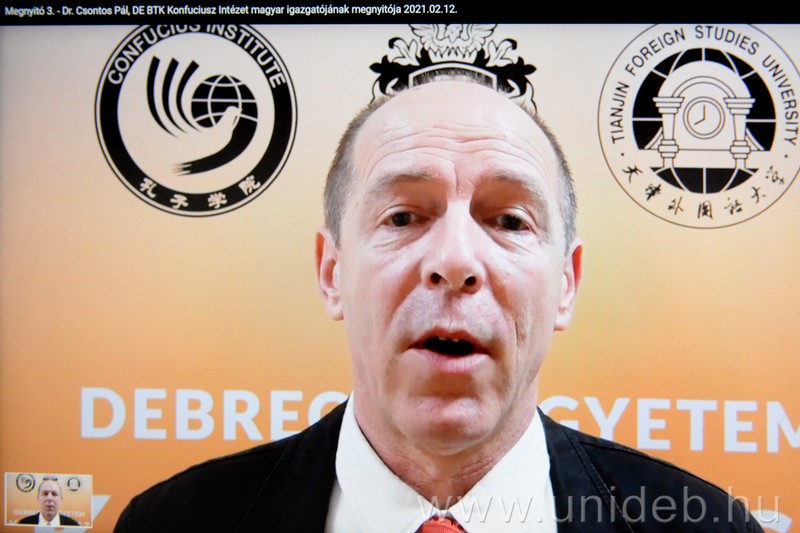 "In Debrecen, the University and the Institute of the Faculty of Arts will contribute to the celebration with this exhibition," the director emphasized in his English-language greeting.

- On the occasion of seeing out the Old Year and ushering in the New Year we brought the Chinese Spring to Debrecen with the help of traditional and reinterpreted works of art, which fully reflect the creativity of Chinese contemporary artists in their diversity. I am convinced that this exhibition will also promote cultural and artistic cooperation between the two countries, stressed Cui Xianjun, Chinese director of the Confucius Institute at the Faculty of Arts. 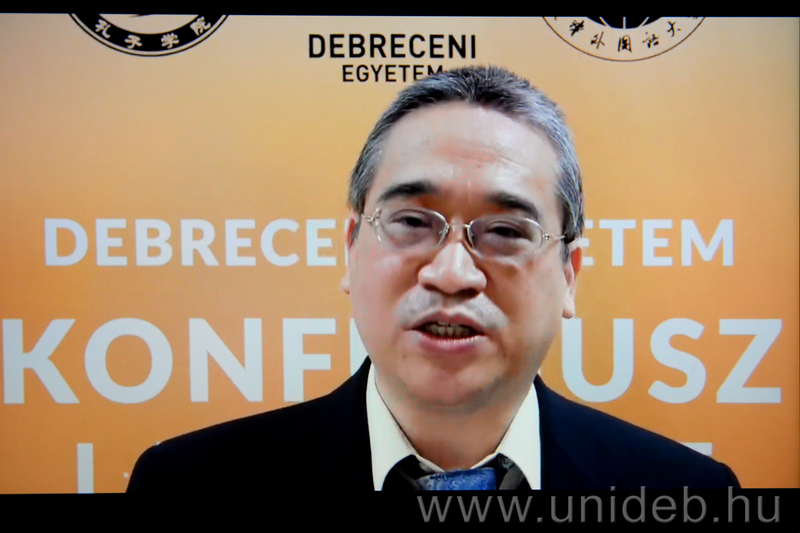 The series of images running on the monitor of the exhibition illustrate the survival of more than a thousand years of Chinese landscape painting tradition. The works representing many styles and techniques render contemporary Chinese art diverse and vibrant: calligraphic ink and watercolor painters, representatives  of realistic oil painting, and experimental media artists live and interact side by side. 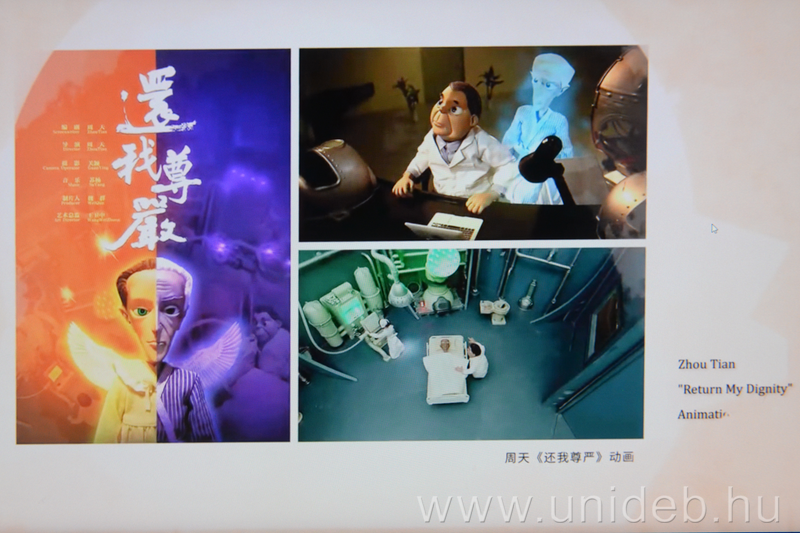 The Lunar New Year exhibition, organized by the Confucius Institute and displayed in the shop window at 28 / c Piac Street until February 26, presents the diversity of different trends living side by side, and the peaceful coexistence of East and West, old and new.