Teams from the University of Debrecen took the first six prizes at the joint Russian-Hungarian online competition hosted by Rosatom Central Europe, Paks Nuclear Power Plant of MVM Group and Paks II. Zrt. The awards ceremony of Hackatom was held on Friday in the Aula venue of the UD.

“You have come up with an outstanding performance in a very strong international competition, with which you have proved that you have the right amount of knowledge and aptitude,” said Rector Zoltán Szilvássy at the Friday ceremony to the members of the teams that did well at the Hackatom online competition. 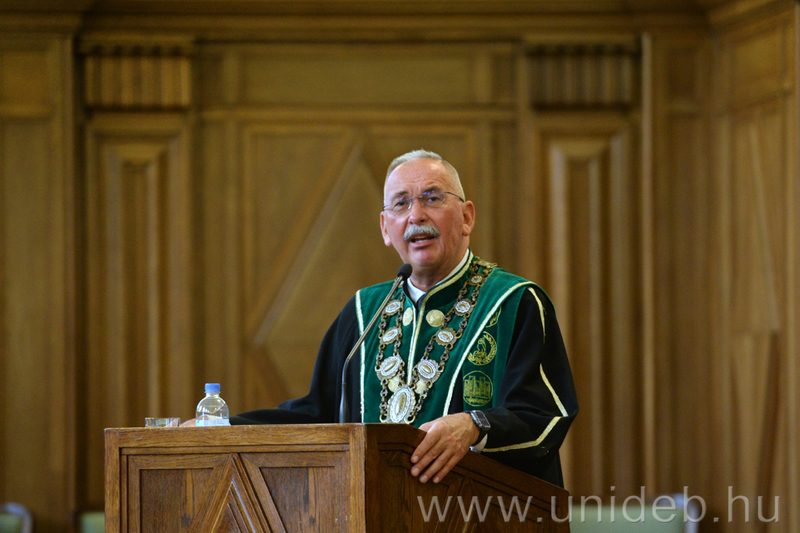 The rector of our university highlighted that the competitors from Debrecen could pull together as a team in order to solve problems, which would be extremely advantageous and expedient in their future career. He also emphasized that our institution was involved in joint projects of cooperation in a number of different areas with one of the leading corporations of nuclear energy, including the fields of medical isotope production, sterilization as well as agriculture and natural sciences in addition to nuclear energy. 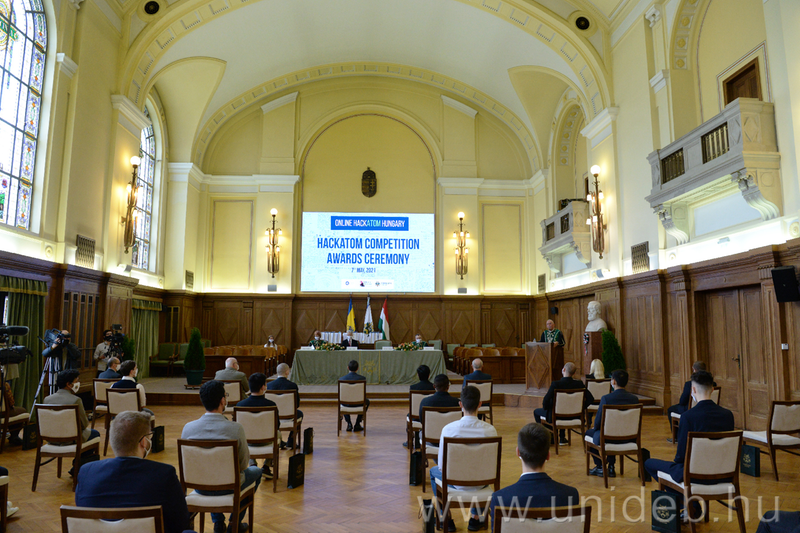 On behalf of Rosatom Central Europe, Lóránt Kóti delivered a welcoming address to the students. As the chief organizer recalled, on the first day of the event, there had been lectures and presentations delivered online by professors from the top five Russian technical universities, including MEPhI (Moscow), MPEI (Moscow), Peter the Great Saint-Petersburg Polytechnic University (St. Petersburg), Tomsk Polytechnical University (Tomsk) and Ural Federal University (Ekaterinburg), outlining the subject matters of the competition tasks and challenges. This part was then followed by a 24-hour problem-solving activity, during the course of which the competitors worked on material-quality control measurement data analyses in addition to modeling forecasts of electric-power energy consumption in nuclear power plants. 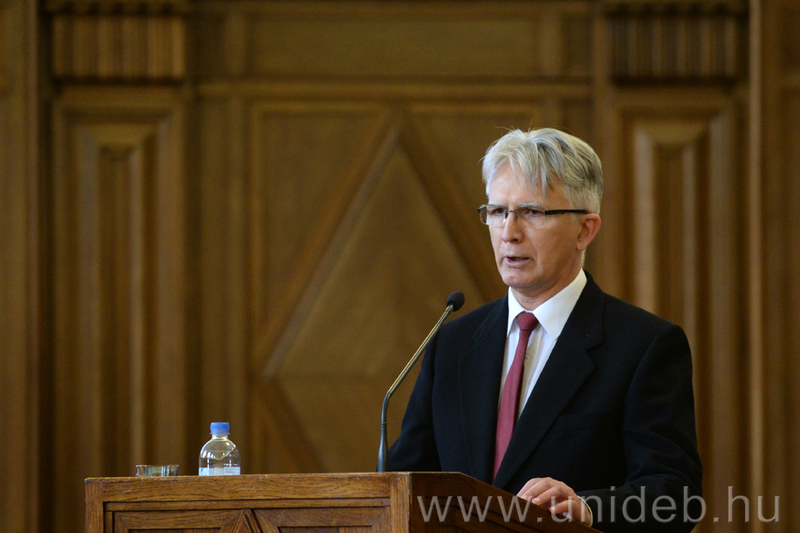 Lóránt Kóti underlined that the teams from UD were excellent and did a professional job, which was a clear-cut indication of the high level of education conducted at the University of Debrecen. 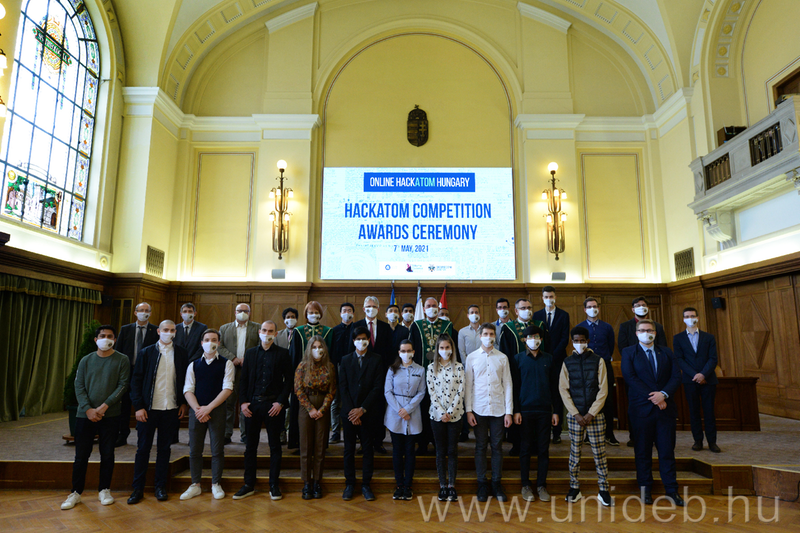 The first place in the contest went to team StronYtium, made up of the students of the Faculty of Science and Technology and the Faculty of Informatics of the University of Debrecen. The runners-up were team Zeus, placed second, and team OP, placed third, both representing the Faculty of Engineering. The 4th, 5th, and 6th places were also taken by the teams of the Faculty of Science and Technology of UD. The members of the teams received valuable prizes, while after the easing of the current pandemic-related restrictions, they will also get a chance to take a tour of Paksi Atomerőmű [Nuclear Power Plant at Paks], another participant in the preparation and organization of the competition.