Honey analysis for the environment

An associate professor of the Department of Inorganic and Analytical Chemistry of the University of Debrecen has won the Environmental Science Youth Award of the Hungarian Academy of Sciences. In her research, Edina Baranyai examined the potential of using old honeys as environmental reconstruction.

Edina Baranyai has been analyzing honey as an environmental indicator for many years. The assistant professor of the Department of Inorganic and Analytical Chemistry of the Faculty of Science and Technology of the University of Debrecen emphasized that honey contains many factors on the basis of which changes in the environment can be demonstrated.

- The composition of honeys is largely determined by geology and botanical origin. In addition to the notarizing species and the notarizing area, it is also affected by water, soil and organic and inorganic substances released into the environment by humans. As a result, the composition and components of honey perfectly reflect the environmental background variables of the collection area, thus they can also be used as indicators - Edina Baranyai explained to hirek.unideb.hu. 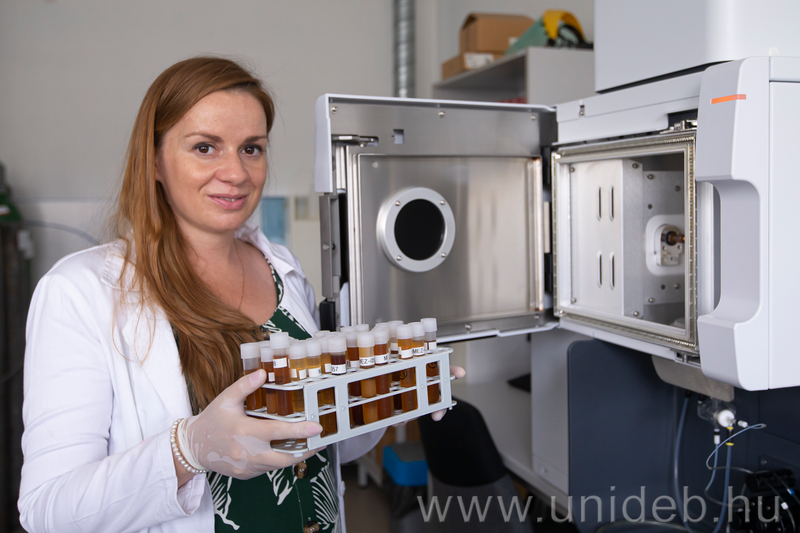 The novelty of the current study was that not current beekeeping products were analyzed, but old honeys were obtained with the help of the National Hungarian Beekeeping Association (György Éger) from beekeeping museums and collectors, through which they obtained a comprehensive picture of the area in terms of the previous state and changes of the environment.

- There was a bee producer in Vas County, Hungary, who has preserved some acacia honey every year for the past two decades, always from the same area and made with the same technology. Thus, the studies have shown how the environment, the use of agricultural and arable lands have changed. It was also demonstrated how, following the cessation of the use of leaded petrol, the closure of the lead plant, changes in the beekeeping process, such as restrictions on the use of galvanized vessels, the concentration of zinc in the honey fell below limit values. By analyzing such a series of samples, we proved that we can also detect the environmental changes of old times in honey, since a 20-year-old honey, from the point of view of chemical analysis, is in the same, analyzable state - explained the assistant professor. She added: the break-through nature of the research is reinforced by the fact that, this was the first time that radiocarbon dating was first performed on honeys of this age, which took  place in collaboration with researchers from the ATERKI IKER laboratory. 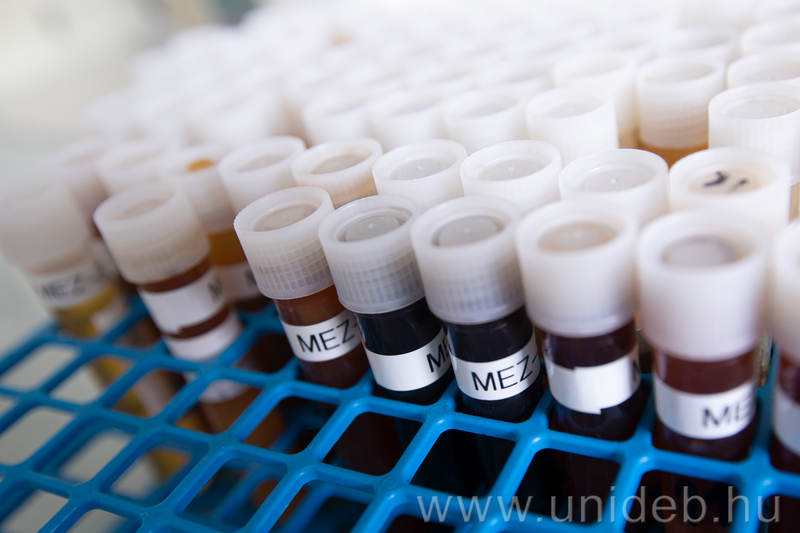 Edina Baranyai and her research team are continuing their research in the framework of the Bolyai + Higher Education Young Teacher, Research Fellowship, they have already received more than 600 honey samples - from the United States, among others - and are further investigating the applications of old honey as an environmental indicator

The publication of the winning research was published in the international journal of environmental science, Science of the Total Environment in 2020 “Honey as an indicator of long-term environmental changes: MP-AES analysis coupled with 14C-based age determination of Hungarian acacia samples”. Research colleagues Edina Baranyai, doctoral students Tamás Varga and Zsófi Sajtos took on a key role in the study. 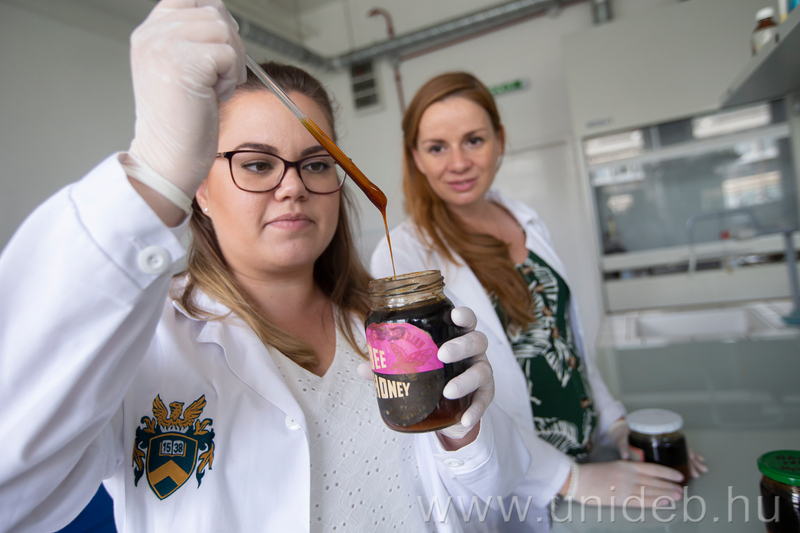 The Environmental Science Youth Prize of the Hungarian Academy of Sciences was established by the President of the Hungarian Academy of Sciences- pursuant with the succession procedure of Mohar Lászlóné Sóti Borbála, to recognize the environmental research results of young researchers working in the field of science in order to promote the local and global human environment, protection of biological diversity, development and introduction of environmentally friendly technologies.

The amount of the reward that can be given for the recognition is HUF 200,000 gross per entry fee. The received applications were evaluated by the members of the Sustainable Development Chairman's Committee headed by Academician Eörs Szathmáry with the involvement of the relevant scientific departments. Following their proposal, the awards were donated by the President of the Hungarian Academy of Sciences on the occasion of World Environment Day.