Szabolcs Szanyi, senior lecturer of the Institute of Plant Protection of the Faculty of Agricultural and Food Sciences and Environmental Management of UD has won the UNESCO MAB Young Scientists Award. He has been conducting research into the Bereg Plain for years.

The UNESCO Young Scientists Awards have been granted since 1989 to a new generation of scientists dealing with ecological and sustainability topics, in order to support their research projects related to sustainable development and the preservation of natural resources, the ecosystem and biodiversity. This year eight young scientists have received the award, including Szabolcs Szanyi, researcher of the University of Debrecen. 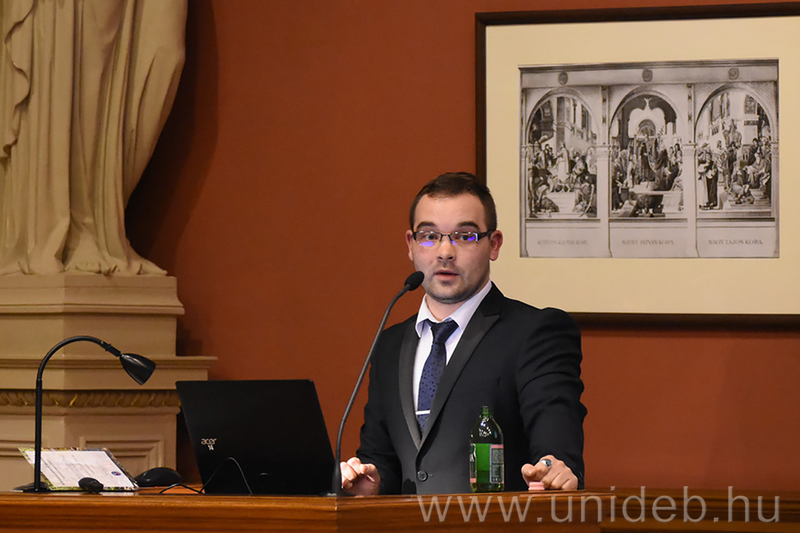 In his application, Szabolcs Szanyi examined the feasibility of a biosphere reserve that would reach over the Ukrainian border and involve the Bereg Plain.

- I became interested in this topic at the time of my MSc studies, and I still I get back to it from time to time. The main reason for my choice was that as someone who was born in Transcarpathia, I have always wanted to do something for the preservation of the natural treasures of this region. The Bereg Plain, divided by the Ukrainian-Hungarian border, has uniquely diverse biology and landscape, even at a European level - the Young Scientists Award-winning researcher told hirek.unideb.hu.

The aim of the community ecological studies carried out in the Szatmár-Bereg Landscape Protection Area and the Nagydobrony Game Reserve in Transcarpathia was to explore flora composition and the forest ecosystem.

- Through the observation of diurnal butterflies and orthopterans we studied the characteristics of grass, while via observing nocturnal butterflies we examined forest habitats. We found conditions typical of close-to-nature forests, even though the forests in the area are fragmented, creating patches of forests. However, the fauna is mostly uniform. The ratio of close-to-nature, semi-natural and human-dominated areas is well-balanced and harmonic. The planned core areas of the reserve that require strict preservation and represent high scientific value are integrated into a less disturbed, cultivated, and altogether attractive mosaic landscape - typical of Europe, and in particular of the Carpathian Basin -, which equally needs protection and development, while respecting and maintaining traditions. An optimal solution would be to accomplish both tasks through establishing a cross-border MAB Biosphere Reserve - explained Szabolcs Szanyi.

The senior lecturer takes the award as a huge recognition and international feedback, which for him also means that the science community supports the project.

The decisions about the winners of the UNESCO MAB Young Scientists Awards were made by the International Coordinating Committee of UNESCO’s Man and Biosphere (MAB) Programme. The names of this year’s winners were announced in Abuja, Nigeria, earlier this week.