Robotics from a Psychological Perspective 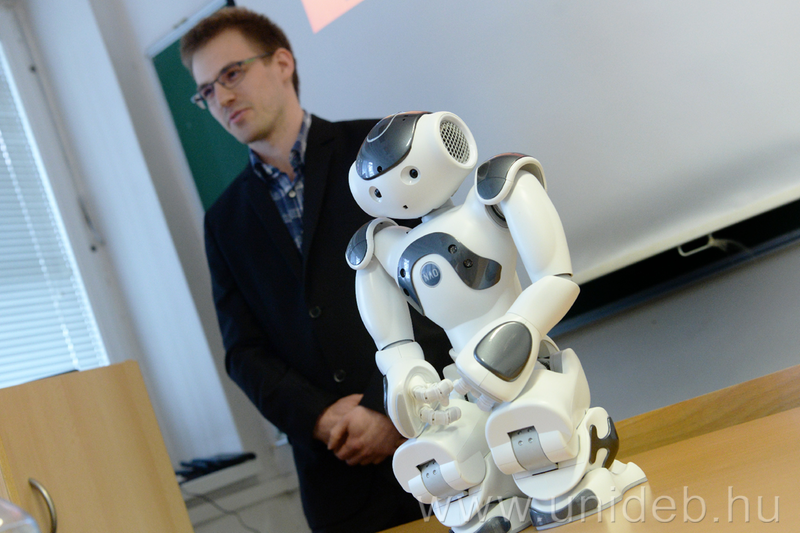 - Besides the obvious technological matters, the attitude of humans towards robots and vice versa has brought up numerous ethical, psychological and communication-related questions –Levente Takács pointed out in his welcome speech.

The vice dean for educational affairs of the Faculty of Humanities of UD emphasized that although the development and the operation of robots were certainly the responsibility of engineers, from the moment robots start to communicate with humans like humans, and make decisions that affect our lives or adopt human responses and reactions, experts in humanities and psychologists are needed in order to avoid finding ourselves in the world of movies like The Terminator or The Matrix.

The introductions of the finalists reflected the importance of the work of the Digital Interactions Research Group that operates at the Department of Psychology. The event began with a robot-assisted presentation, in which Balázs Őrsi PhD student talked to the audience about the topic of his thesis: the psychological aspects of human-robot interactions.

The research group joined the university’s Neurotech project, in which eight European universities, including UD, study neuroscience in the broadest sense and disseminate their results to the general public. 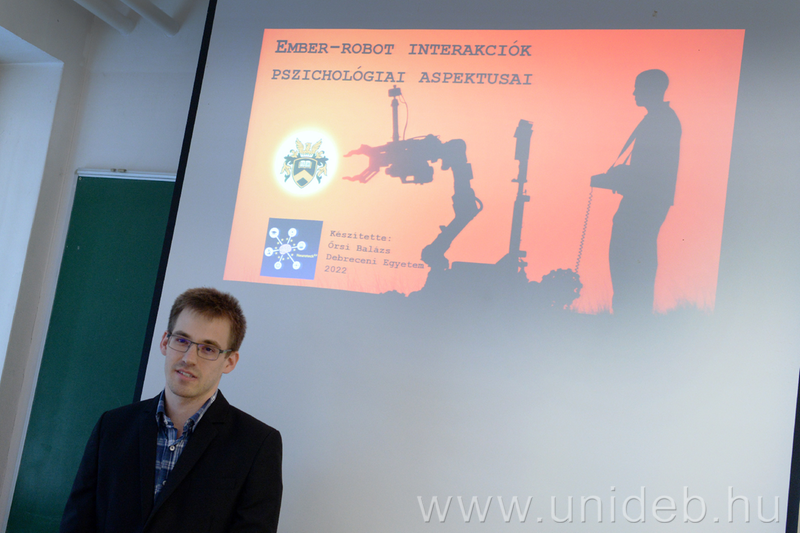 The research work gained further momentum when Robi, the intelligent social robot arrived at the Faculty of Humanities in February. Robi can see, hear, touch, move and talk, currently in English, German and Chinese, but “he” is also studying Hungarian.

The finalist teams’ works mostly deal with topics like responsibility, trust and reliability, and the usability of robots in healthcare and in the military. The entries were evaluated by a jury that consisted of Kálmán Abari, Csilla Csukonyi, Zoltán Kondé, Balázs Őrsi and Levente Takács.

Winners of the students’ competition: