The project studying chromatin structure was carried out by the Genome structure and recombination research group founded by the Lendület ("Momentum") programme, and lasted for seven years, with the first experiment initiated in 2015. Functionally, the eukaryotic genome is traditionally divided into two groups: euchromatin with a loose structure and active genes, and the highly condensed and functionally inactive heterochromatin, which is depleted in genes. Heterochromatin is rich is transposons (also known as "jumping genes") and endogenous retroviruses; their activity must be continuously regulated in order to preserve genome stability and gene function. The research group discovered that heterochromatin is regulated by NDX. The research was carried out in Arabidopsis, a genetic model organism. 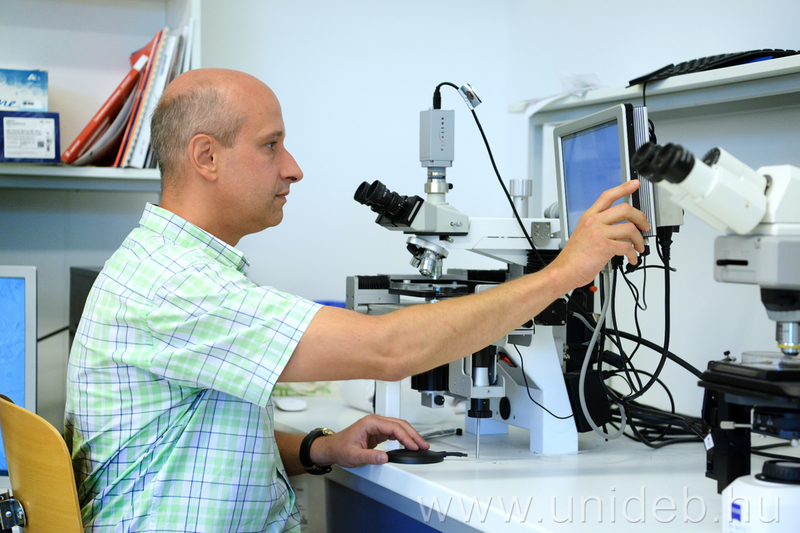 "Whether our genes are active or silent depends on how closed or open chromosome structure is. It is very important to understand what makes chromatin open or closed, and what proteins act as regulators. We discovered that NODULIN HOMEOBOX (NDX) is responsible for the closed state of chromatin, as it keeps virus-like genetic elements silent in the closed chromatin, and preserves genome stability. This role becomes essential when, under pathological conditions, chromatin opens and the parasites on chromosomes can inactivate the genes regulating mitotic cell division, for example, which can trigger cancerous cell growth", said Lóránt Székvölgyi, associate professor and head of the Genome structure and recombination research group founded by the Lendület ("Momentum") programme.

"Spatial genome structure can be explored with a special technique called chromosome conformation capture, which in Hungary is only performed by us at the University of Debrecen. We use the most modern genomic technology in research", highlighted Lóránt Székvölgyi. 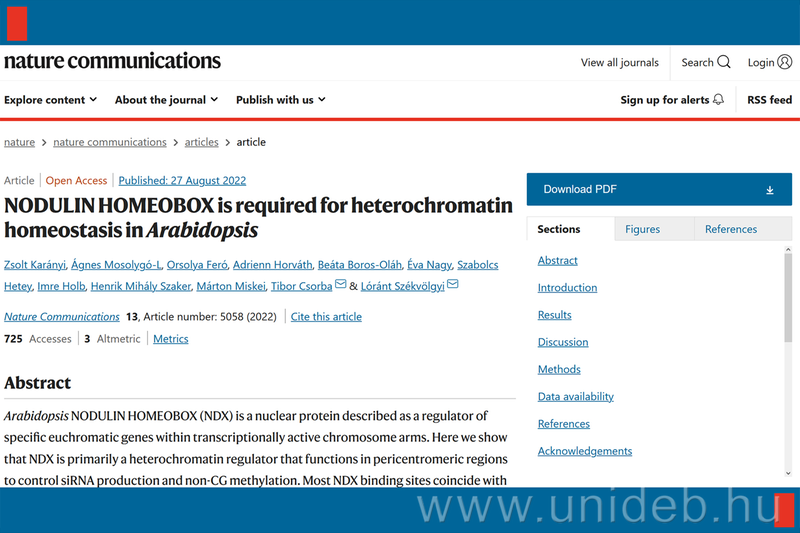 The publication summarizing the results of their research, which only had Hungarian authors (Karányi Zs, Mosolygó-L Á, Feró O, Horváth A, Boros-Oláh B, Nagy É, Hetey Sz, Holb I, Szaker H, Miskei M, Csorba T, Székvölgyi L: NODULIN HOMEOBOX is required for heterochromatin homeostasis in Arabidopsis), was published in Nature Communications (journal impact factor: 17.694) at the end of August. 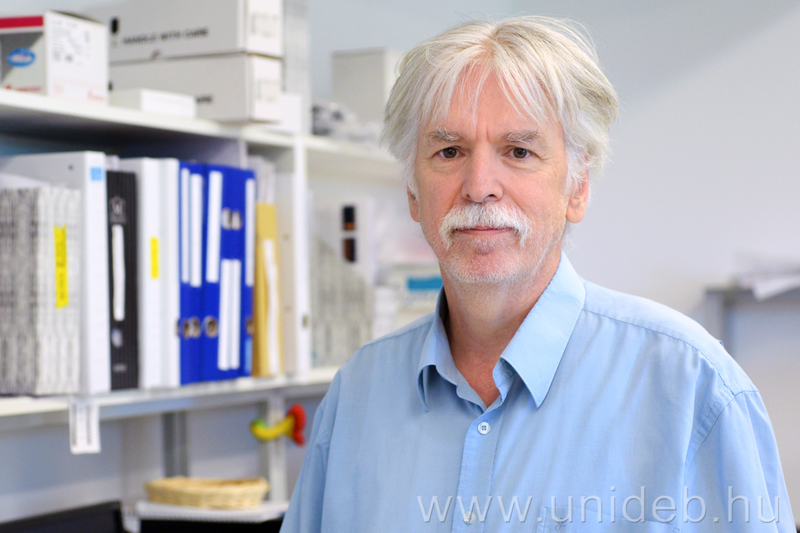 The first author of the publication, Zsolt Karányi, works as biostatistician and bioinformatician at the Institute of Internal Medicine at the General Medicine Faculty of the University of Debrecen.

"We managed to publish a really innovative article with great impact in one of the world’s most prominent scientific journals, which is a major achievement for Hungarian researchers. The article was revised four times after submission, with the process lasting almost a whole year. We must emphasize that this is a basic research, with no practical benefits yet; everyone knows, however, Katalin Karikó’s work, for example, and we all know where basic biochemistry research into mRNA eventuallly led. Our research is also basic research, which led us to new knowledge that may also have impact on molecular medicine on the long run. If we find the human counterpart of this protein or its functional ortholog, and we can direct it to certain targeted sites, we may be able to inactivate mobile genetic elements. This, therefore, may result in developing a new tool in genetic therapy", said the research leader.

The research was primarily funded by the Lendület ("Momentum") programme of the Hungarian Academy of Sciences, and was complemented by different projects run at the University of Debrecen, such as TKP (Thematic Excellence Programme), GINOP (Operative Programme for Development of Economy and Innovation) or OTKA (Hungarian Scientific Research Fund).

The research aimed at studying the role of NODULIN HOMEOBOX (NDX), a special transcription factor that had previously been described as the regulator of certain euchromatic genes in Arabidopsis thaliana (Sun Q et al. Science 2013). These new results show that NDX does not primarily act in transcriptionally active chromatin regions but it is a heterochromatin regulator that functions in pericentromeric regions to control siRNA production responsible for RNA interference, as well as DNA methylation pathways. It has been shown that NDX binds to siRNA loci that mediate transposon silencing and produce silencing siRNA. The loss-of-function mutation of NDX gene led to siRNA accumulation, significant changes in chromatin organization, and pathological DNA-methylation. To sum up, researchers concluded that NDX is an egy epigenetic regulator that is coupled to siRNA loci responsible for heterochromatin establishment and maintenance, as well as to the DNA methylation pathways they control.